Those polka fans who have been patiently awaiting a return of the early-90s award-winning polka group, Energy, will soon get their wish. After a 25-year hiatus, the western Pa.-based band has announced their return to live performances in 2021 for the first time in a quarter-century.

“We are extremely excited to begin performing and connecting with fans again,” said Randy Koslosky, the group’s co-founder. “We hope to bring our brand of high-level polkas, not only to fans from our past, but also to a new generation of polka fans — those who’ve probably never had the Energy experience. And, rest assured, the excitement will be mutual.”

Formed in 1989, Energy recorded three CDs (winning the IPA’s “Favorite Album” award for their 1992 CD release, Pure Energy), as well as several popular single releases.  Energy was also awarded the highly coveted Staśhamundo Award in 1995. The band toured extensively through 1996, performing at many of the nation’s top polka music festivals as well as dance halls and ballrooms throughout the East Coast and Upper Midwest. The band also achieved notoriety outside traditional polka music circles with the release of a song they wrote and recorded for the Pittsburgh Penguins hockey team. “It’s A Great Day for Hockey” was played over the PA system at Penguins games and was featured on many Pittsburgh radio stations. The band was even featured in the ESPN highlight film for the 1992 Stanley Cup finals and in the Penguins’ documentary series Pittsburgh is Home.

Energy’s 2021 lineup will consist of six musicians, all previous members of the band. They are:

We look forward to seeing all our fans in 2021! 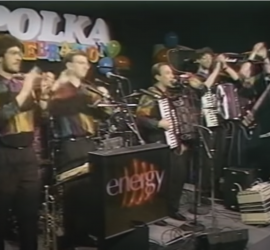 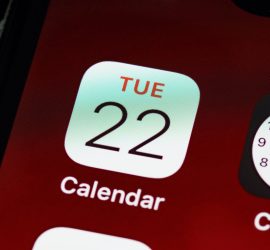 Find out where energy will be performing in 2021. 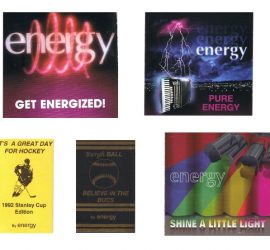